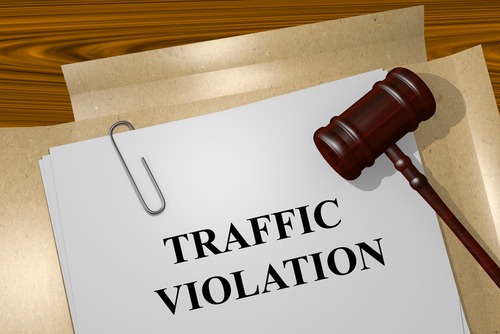 It is very important that you fight traffic tickets for violations you receive in New York City.

A VTL 1110A is the most common traffic violation.

By contrast, in New York City, the court will use a civil procedure code outlined in special DMV rules for conducting administrative traffic court hearings. A motorist’s rights to conduct his or her defense are limited by such DMV code. For example, a motorist cannot demand that a police officer produce paperwork that the sign or lane marking underlying the VTL 1110A offense was properly placed by the DOT or request a supporting deposition, etc. DMV procedural law is aimed at quick and effective hearings for traffic violations with an emphasis on the quickness of the hearing.

Most important to a motorist charged with a VTL 1110A violation in NYC no plea bargaining is allowed by the DMV court. That means that you either win or lose the offense.

If you win, you are adjudicated innocent of the charge. You receive no points and have to pay no fine. Any bond money that you posted to obtain an adjourned court date is generally returned to you by DMV.

If you lose though, you get the full penalty of the law for the offense charged, in this case, an 1110A. That means two points will go on to your license and that you must pay the fine and surcharge on the offense — typically $130 if your license is relatively clean and this is your first 1110A.

If you had received an 1110A in Westchester under similar circumstances, you most likely would have been allowed to plea bargain to a non pointed violation.

Let’s turn our attention to the traffic offense most commonly written by police, a violation of VTL section 1110A or disobeying a traffic control device as it is known to us common folk. A traffic control device is any sign or pavement marking that controls behavior on a roadway in NYC (we are discussing a NYC 1110A).

For instance, if you go through a stop sign, that is technically a violation of the VTL section 1172, a more precise statute that governs stop sign violations. An 1172 violation carries 3 points instead of the 2 points that an 1110A violation does and has more specific elements then an 1110A violation, but traffic courts in NYC allow police officers to write 1110A tickets for violations of stop signs.

But, judges in NYC traffic court do not allow police to write 1110A violations for 1111D1, or NYC red light violations. This is a minor point but it points out the idiosyncrasies of traffic court in NYC, of which there are many.

I mention the VTL or Vehicle and Traffic Law in this article a lot. The VTL is the statutory scheme passed by the New York Legislature and approved by the Governor of NYS whereby motor vehicles are regulated, among other things, according to the rules of the road.

The State has passed rules that govern the rules drivers must use when accessing the roads in NYS. The VTL allows NYC and other local municipalities or localities to create its own rules in certain circumstances. But VTL 1110A is a statewide rule. A driver can’t disobey a pavement marking in Utica any more then he can in Park Slope.

The police must prove their case by clear and convincing evidence (which is like 51% more likely you did the offense then not) and they must state all the required prima facie elements of the offense. Meaning they have to say that the signs were clear and graffiti free both before and after the stop, if signs were involved.

They must discuss and describe the roadways at issue, the traffic conditions at issue, whether there were any other police or traffic enforcement agents directing traffic or whether there were any emergency vehicles in the area. They should articulate the weather conditions, the position of the vehicle at issue before during and after the stop, if signs were involved.

You must know which elements of the prima facie case an administrative law judge cares about. You must know how prepared a police officer tends to be when fighting a ticket. There are a variety of other factors which a lawyer must consider when trying to dismiss a summons.

I believe that in most instances it is beneficial to use a qualified traffic attorney to fight your DMV summons for you at DMV court. That is why I make myself and my firm available for a very reasonable fee to ensure that due process is adhered to by the traffic courts in NYC.

Contact us today to receive a free initial consultation on your summons. You will be glad that you did.